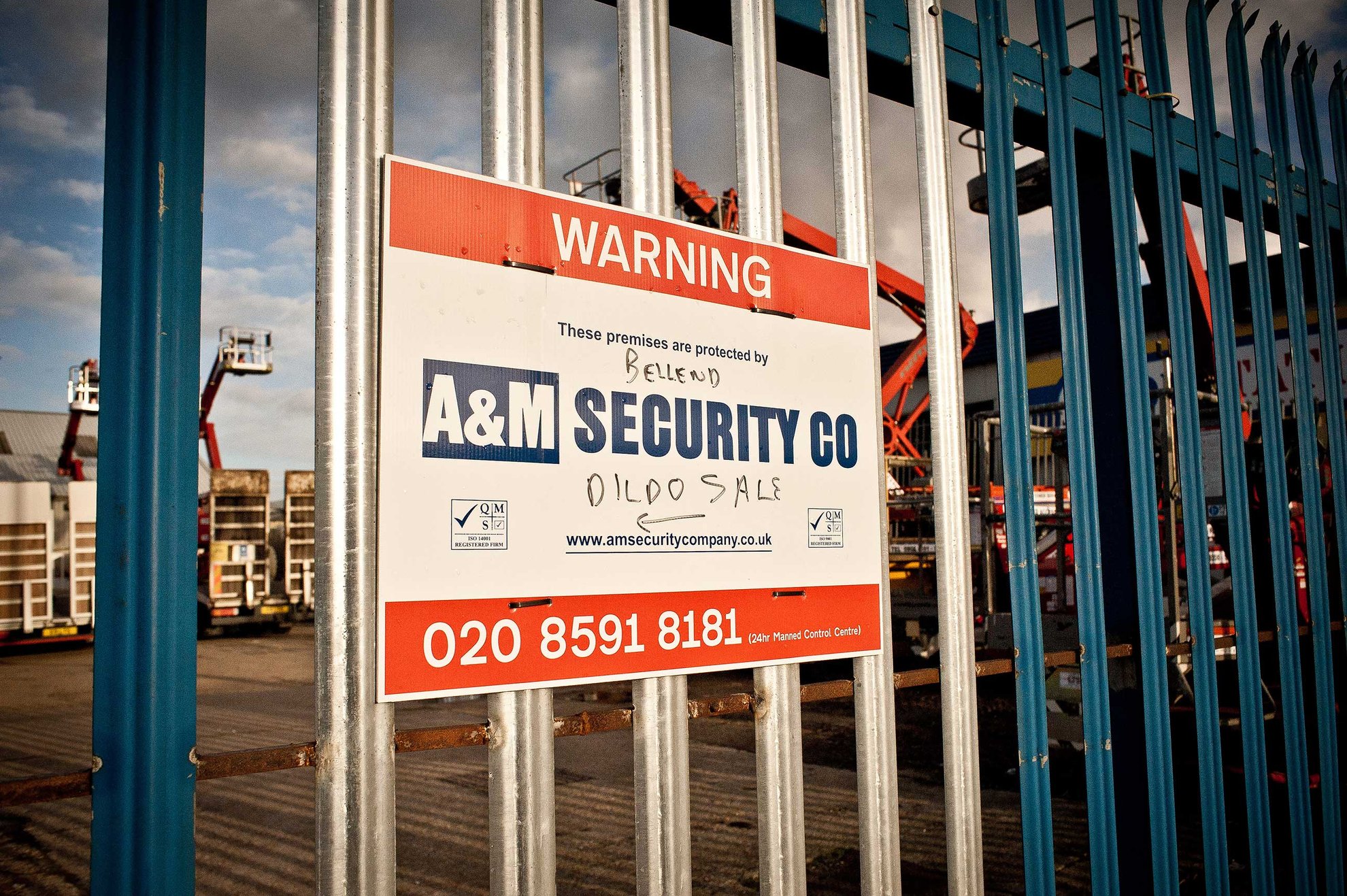 Walking up onto the footbridge, I get a sun-kissed view past the builders merchants back to the Hart’s Lane Estate in Barking and down to the six lane carriageway of the North Circular Road below. 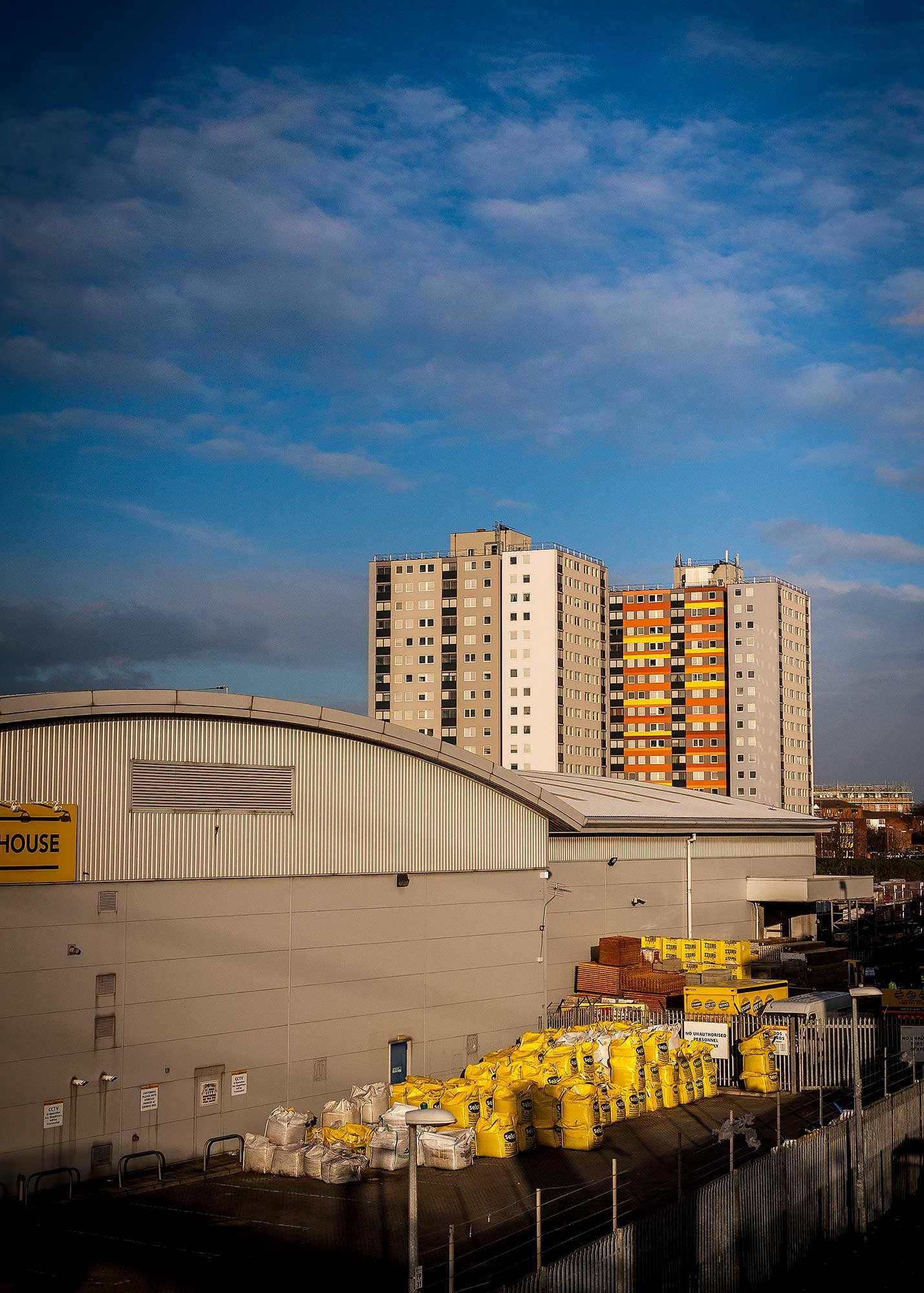 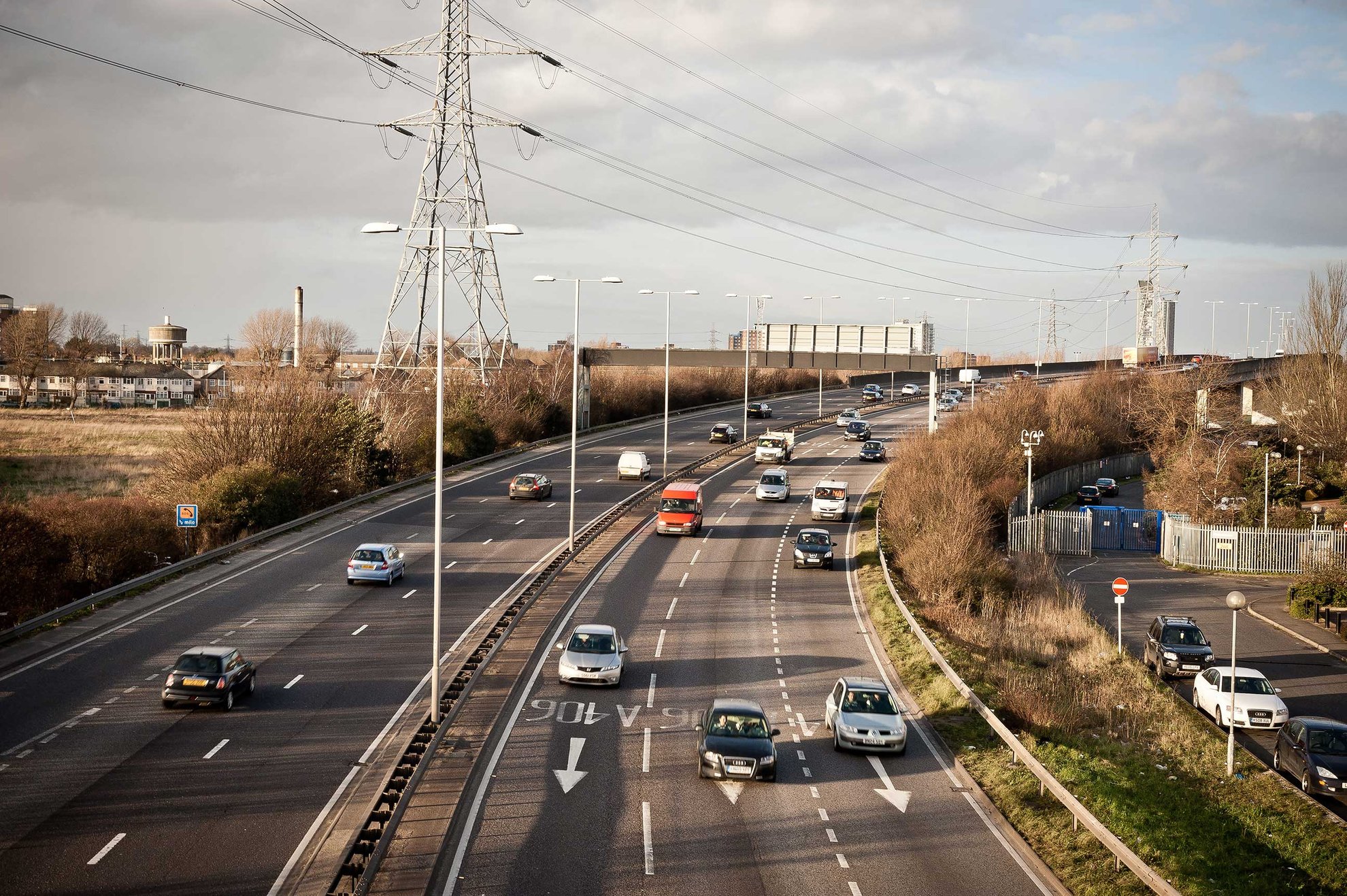 East Ham lies on the other side of the footbridge. And past the gasometer are neat streets of terraced housing and the old Roding Hotel – now closed down. 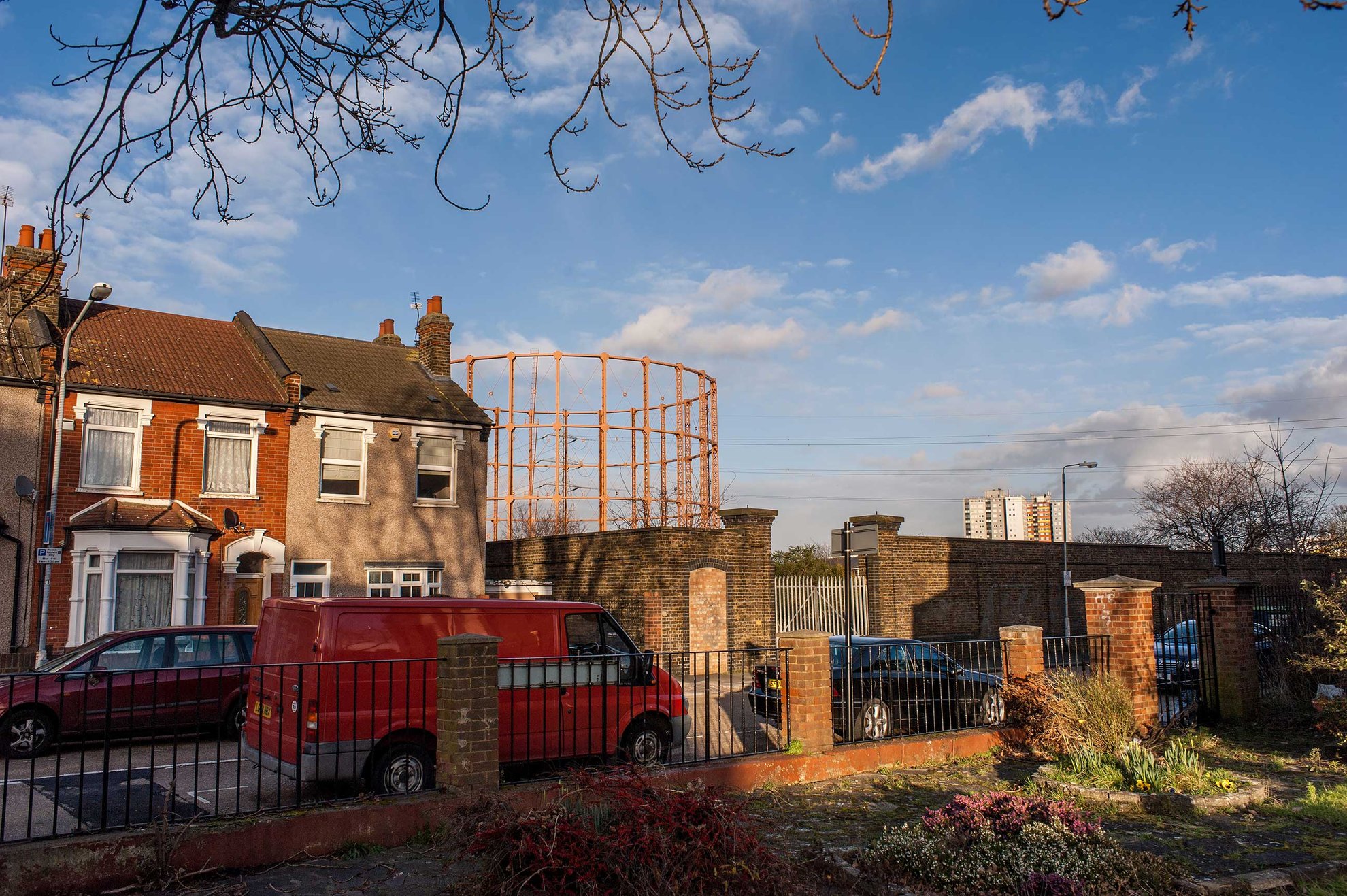 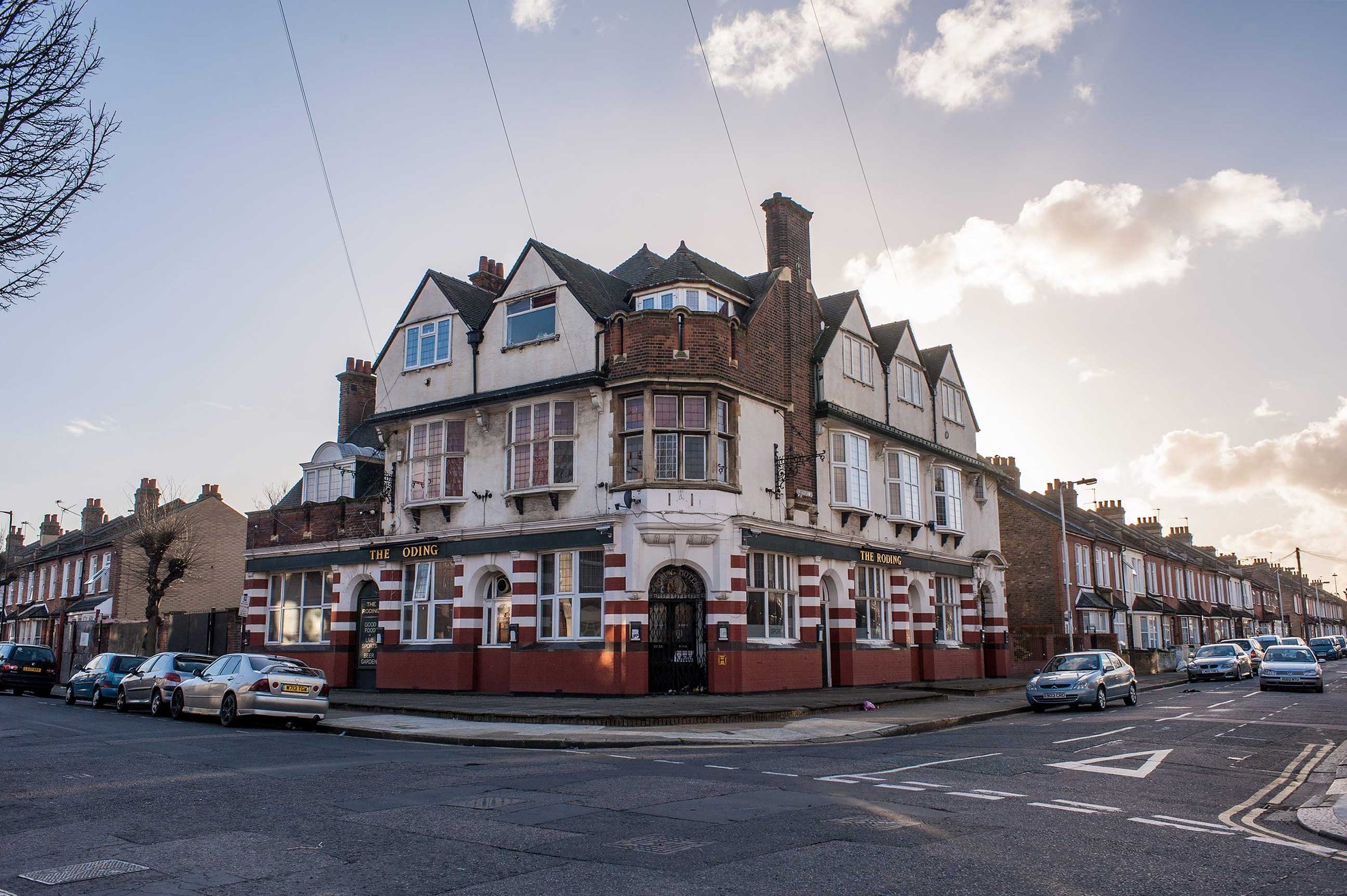 I cross underneath the railway bridge which marks another boundary, this time between East Ham and Little Ilford. Parklands, allotments and mushroom farming lies ahead… 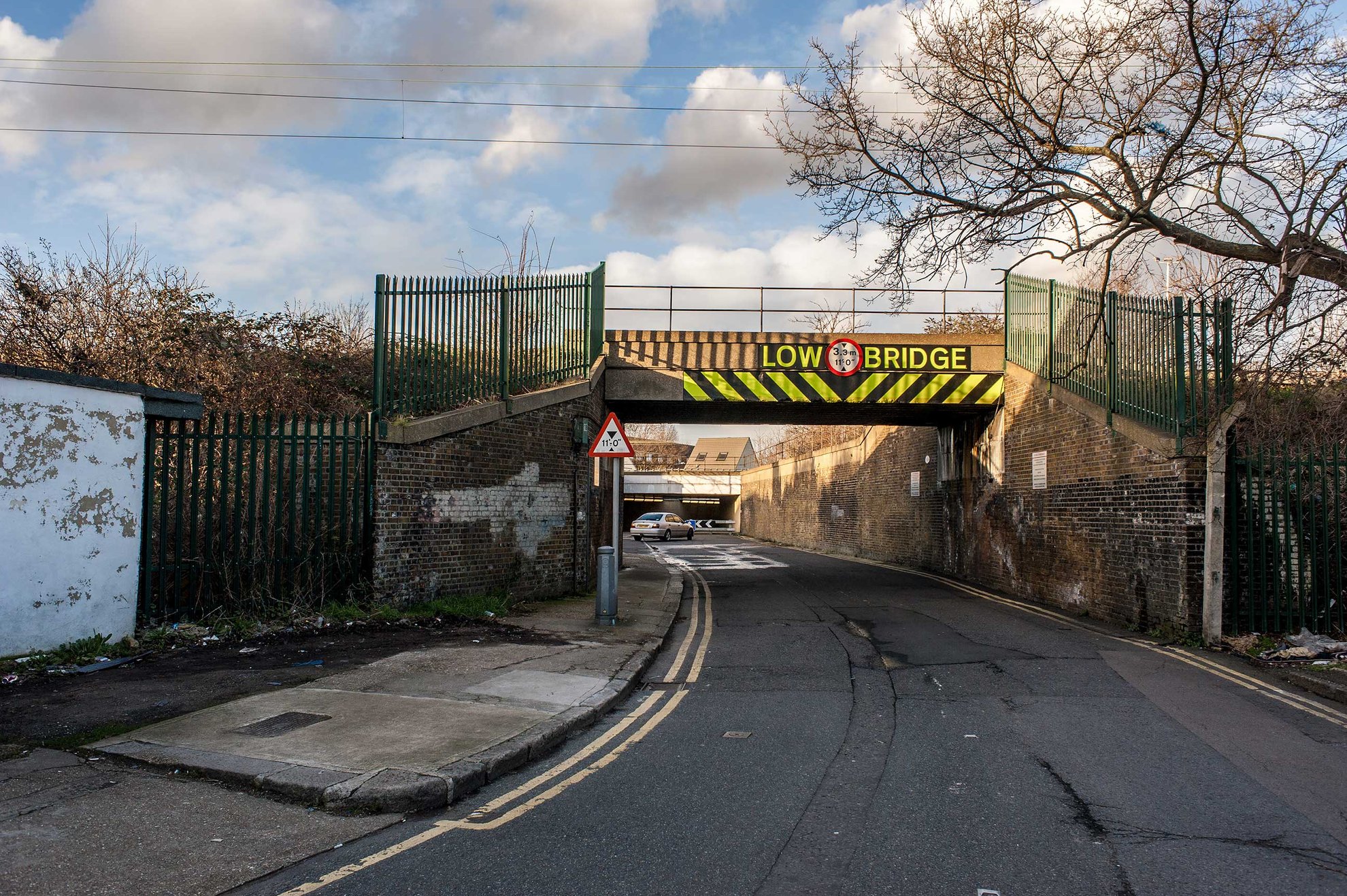 The railway bridge on Stevenage Road 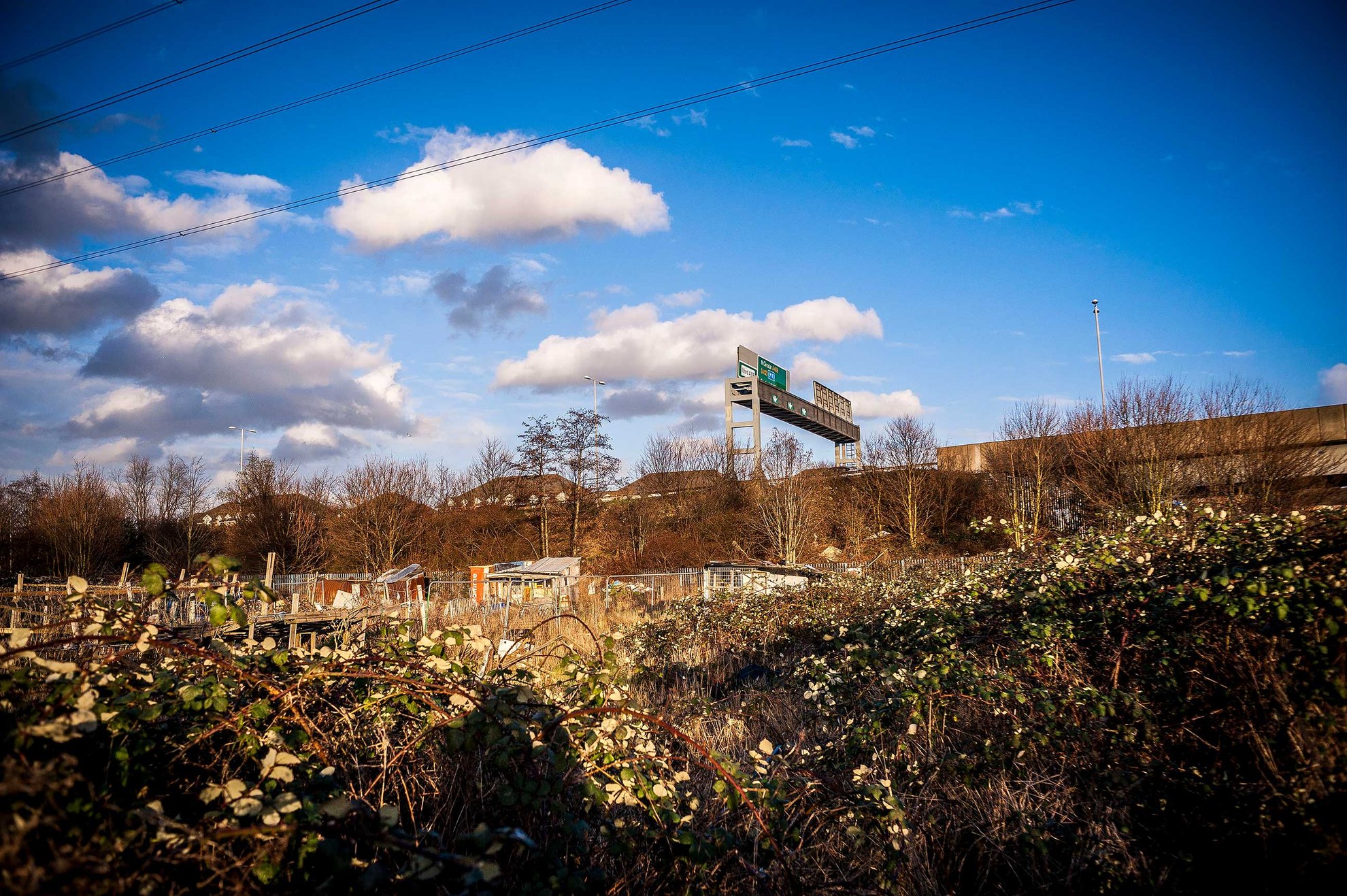 Allotments beside the North Circular Road

Tucked away alongside the allotments and beneath the North Circular Road is the Agridutt Mushroom Farm. A pleasing find, although I was dissuaded from venturing too much further by the barking dogs and fencing. 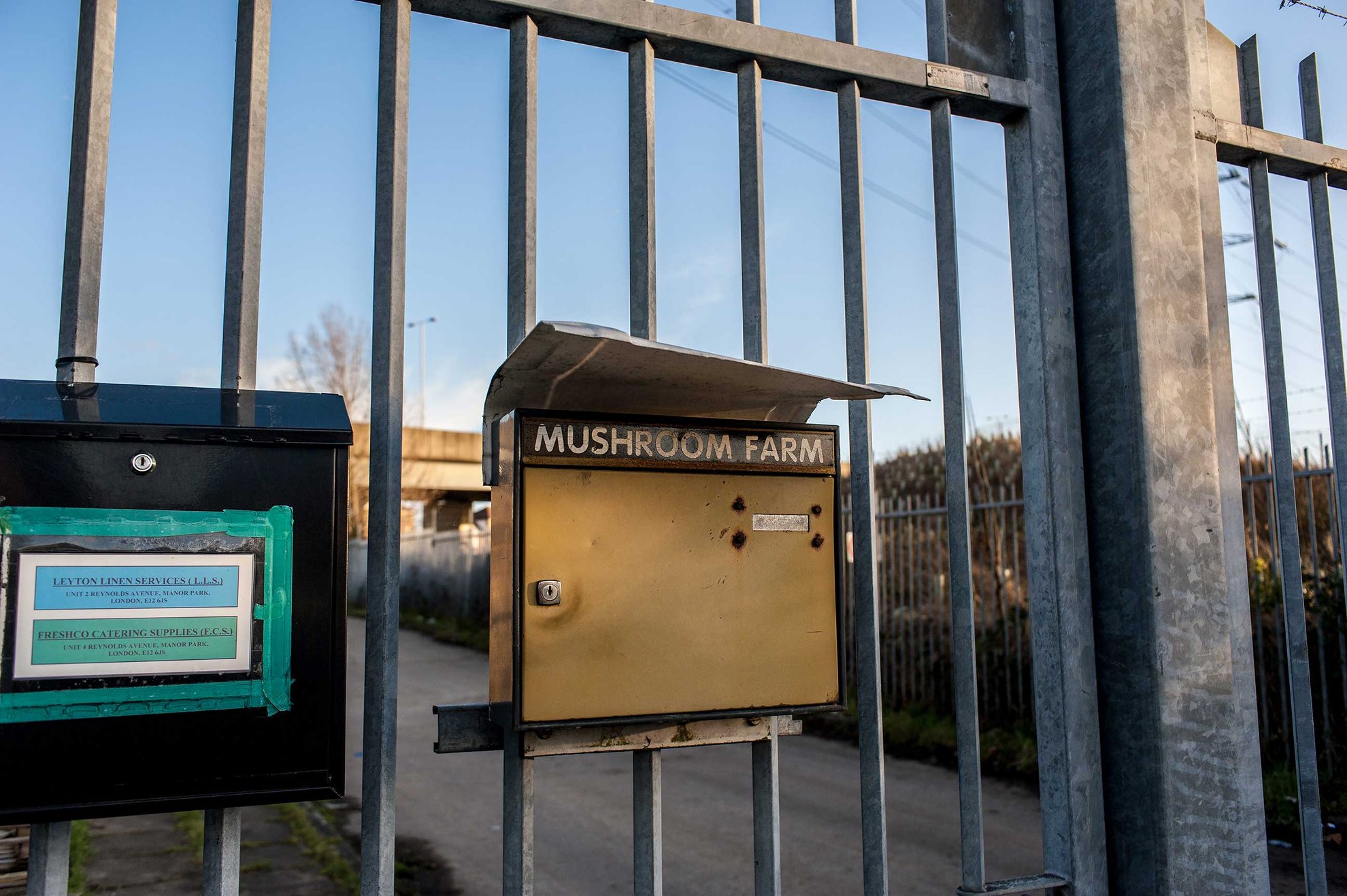 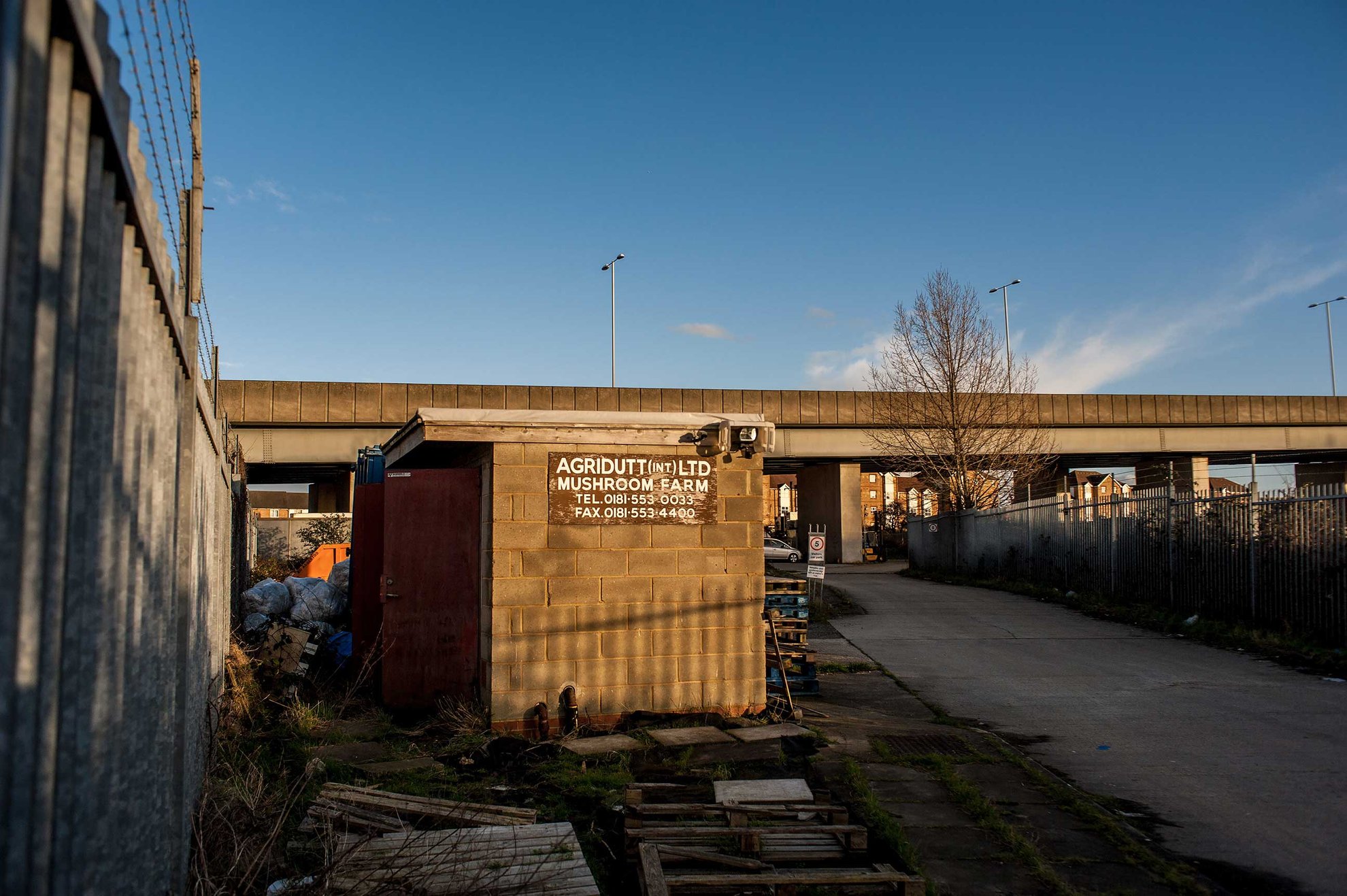 And so I moved on towards Little Ilford Park – a recreation ground and woodland that runs between the North Circular and Grantham Road. 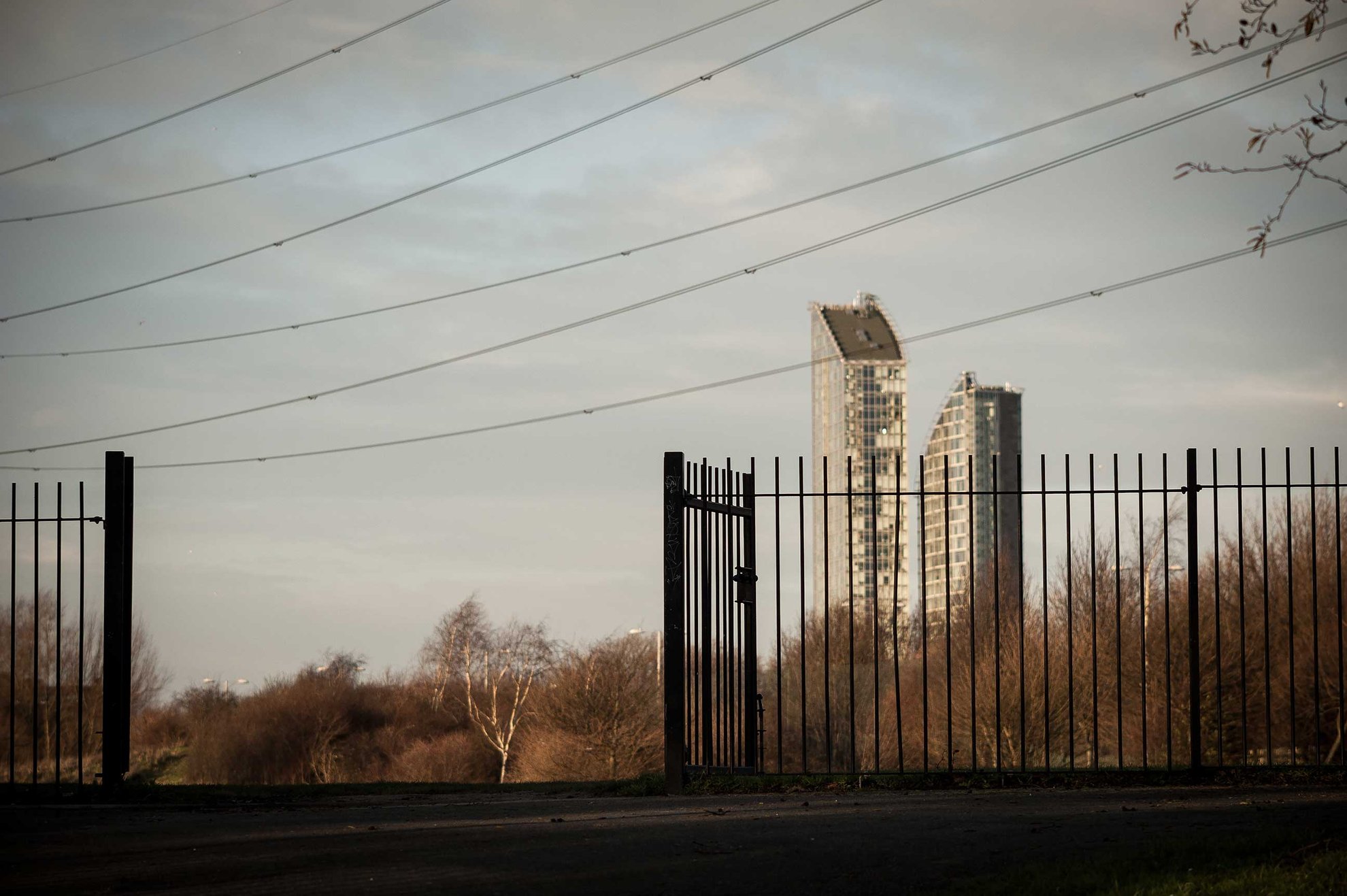 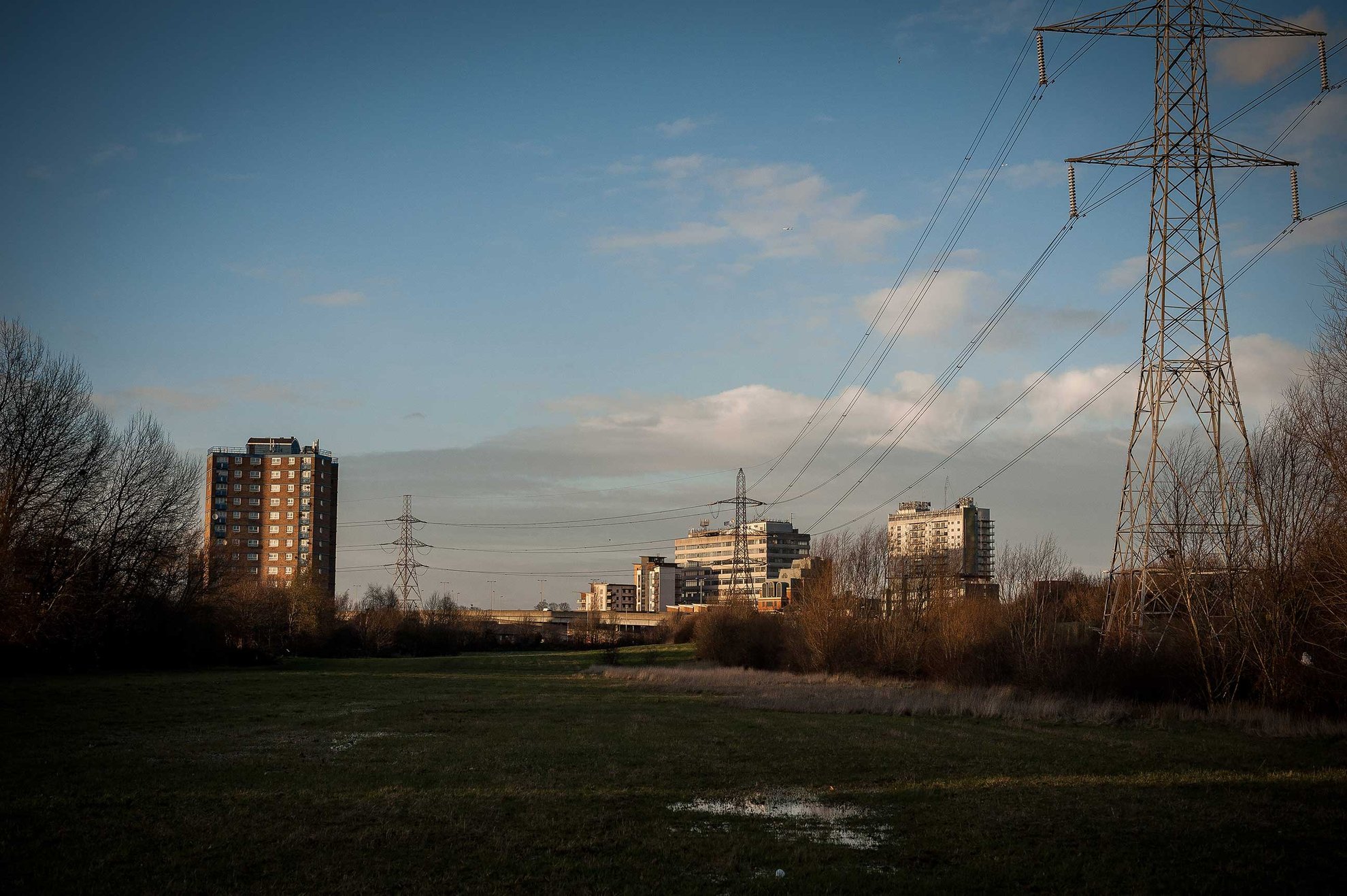 On the other side of the North Circular the brutalist hulk of British Telecom’s Mill House is plain to see. Telephone exchange architecture of the 60s and 70s does have a pretty distinctive look. 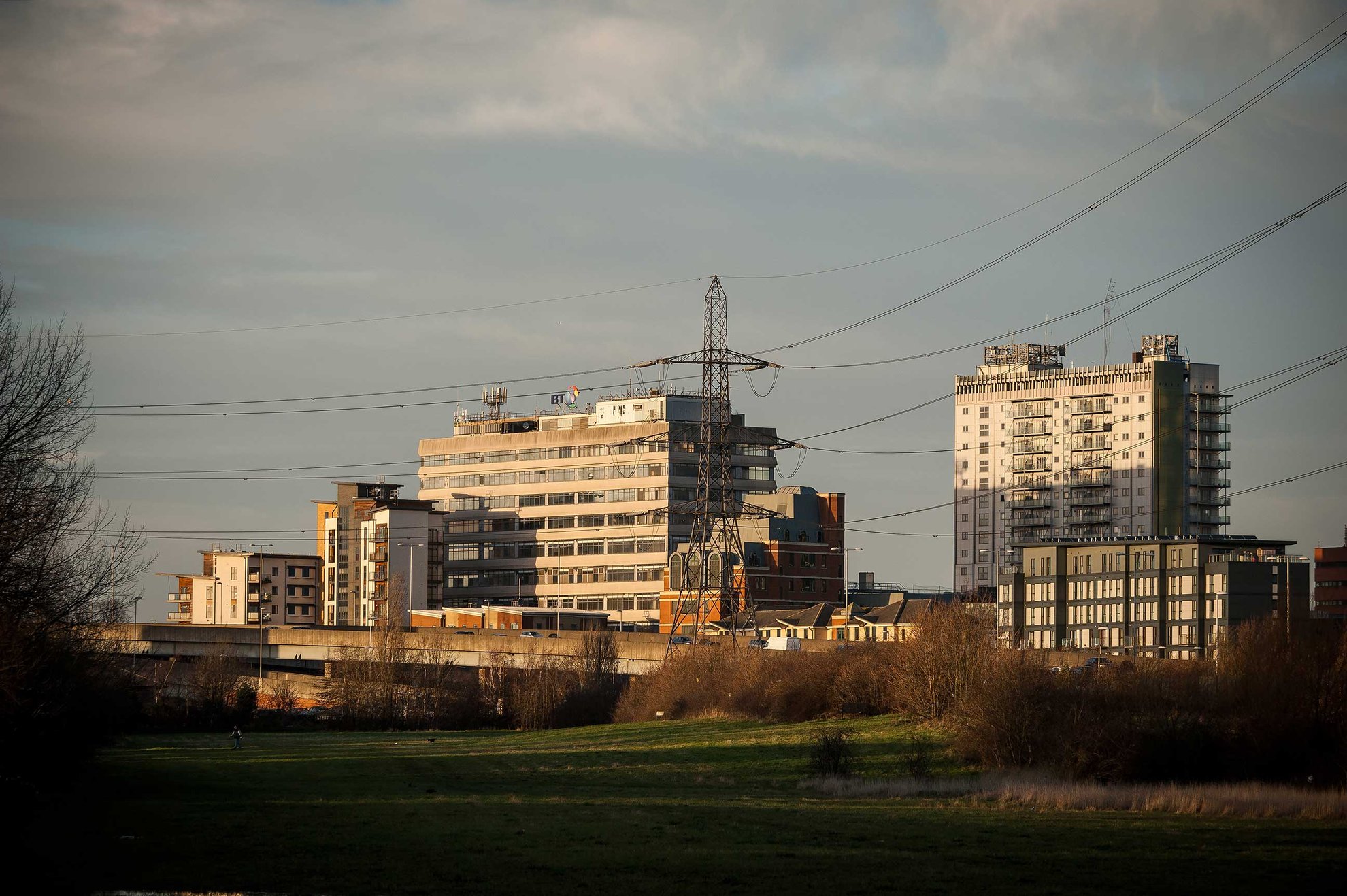 John Cornwall VC House is named after John ‘Jack’ Cornwall who was posthumously awarded the Victoria Cross at the age of just 16 for his bravery at the Battle of Jutland in World War I. 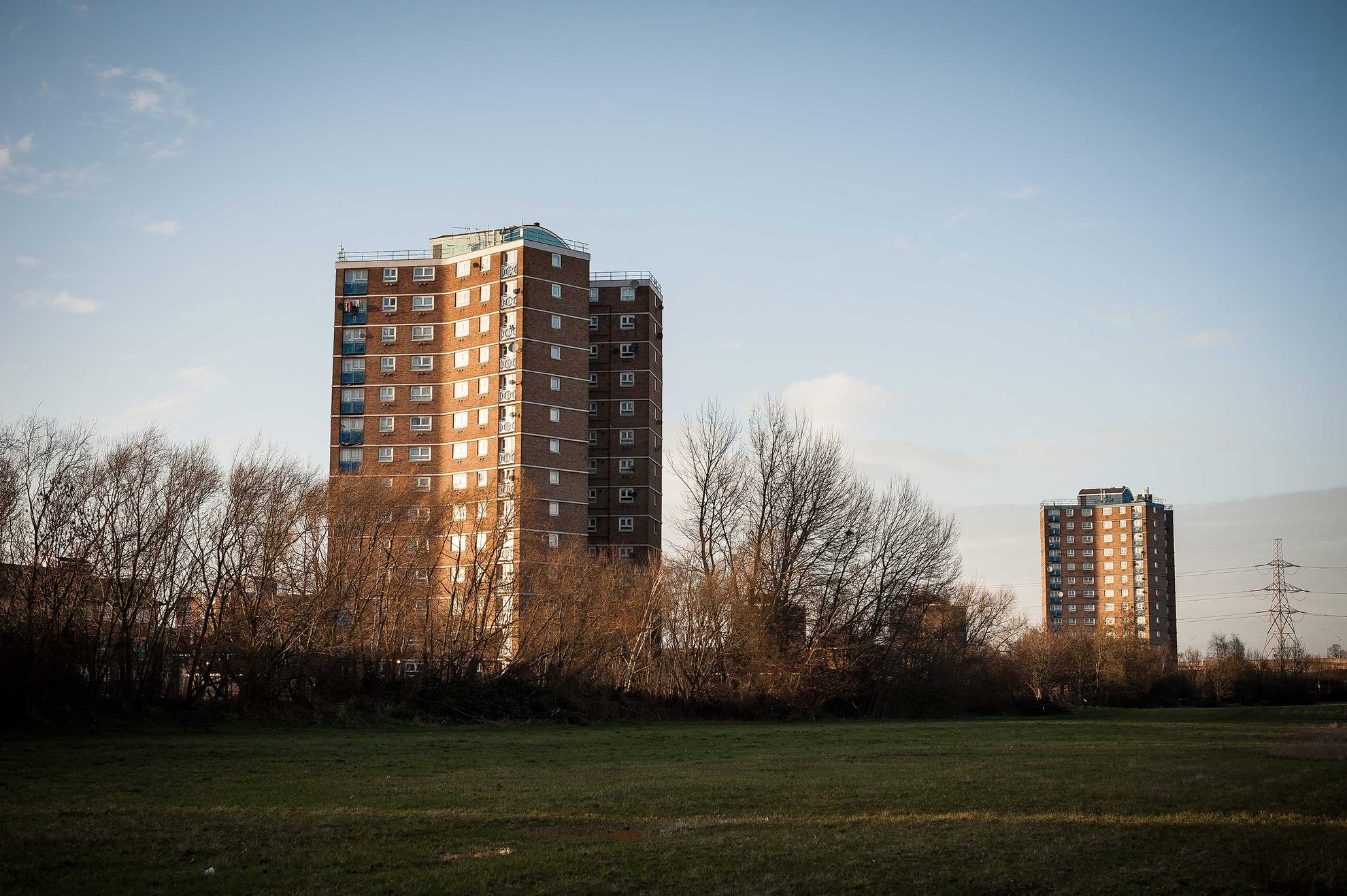 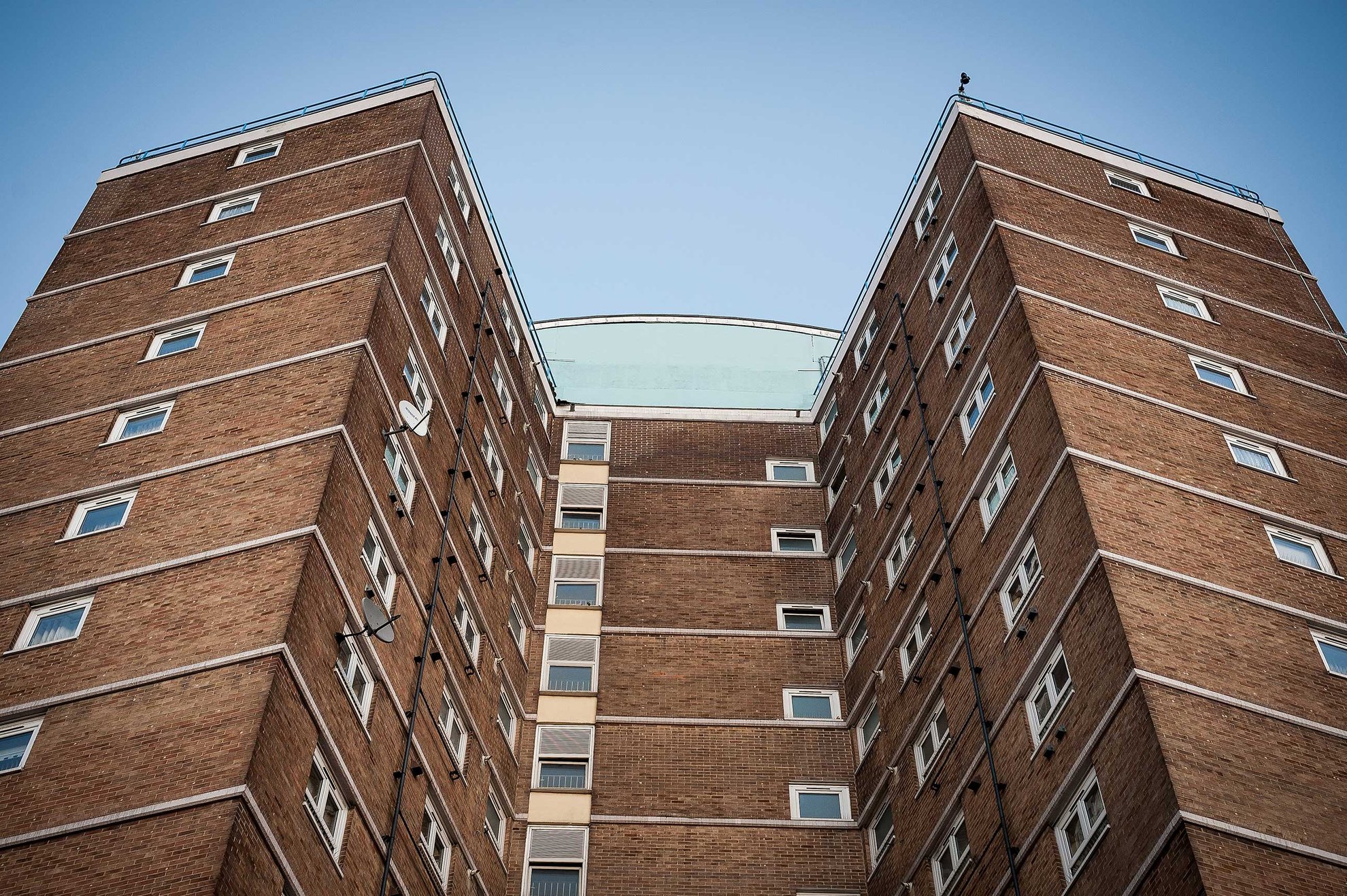 Detail of Alfred Prior House

And finally strolling back through the car park of Twelve Acre House I discover this strangely beautiful mural, which blends wonderfully with its surroundings. I particularly like the roots of the tree on the right. 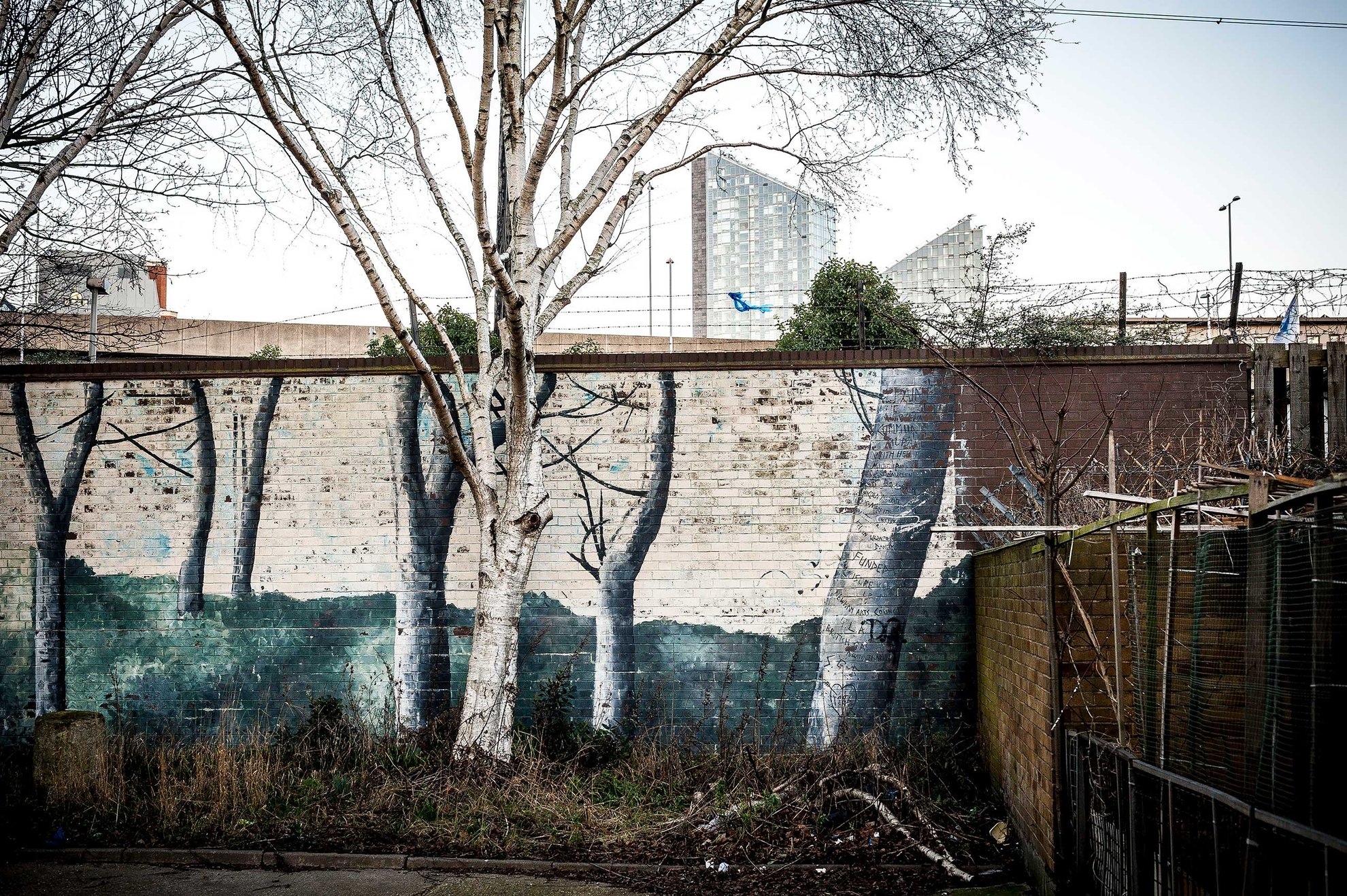